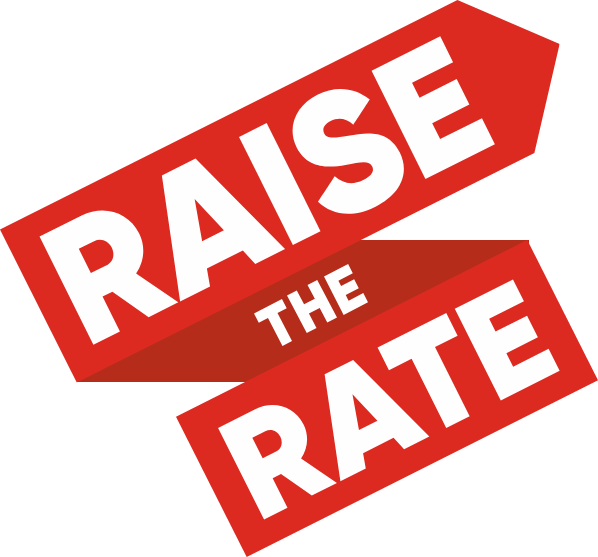 Urgently address underfunding in further education by increasing the base rate from £4,000 to at least £4,760 rising in line with inflation.
Education Committee report
'A ten year plan for school and college funding'
I am firmly of the view that the government should increase the base rate for 16 to 19 funding
Amanda Spielman, Her Majesty's Chief Inspector
SFCA Winter Conference 2019
Increase per student spending in the 16 to 19 education budget by a significant amount within the upcoming spending review
Social Mobility Commission report:
State of the Nation 2018-19
Congratulations on your campaign ‘Raise the Rate’ and the wealth of stakeholder support you have managed to get behind the campaign
Rt Hon Anne Milton MP
Former Minister of State for Apprenticeships and Skills
1 / 4

This campaign concluded in December 2021 when the government confirmed it would Raise the Rate to £4,542 per student from the start of the 2022 academic year, with a commitment to maintaining average funding per student in real terms over the spending review period.

Sixth form funding is in crisis. Two deep cuts to funding were made after 2010 and the national funding rate (‘the rate’) for 16 and 17 year olds was then frozen at £4,000 per student per year from 2013 onwards. Funding for 18 year olds was cut to just £3,300 per student in 2014.The running costs of schools and colleges have increased sharply since 2010 and the government has imposed a range of new requirements on institutions. This has left much less money for schools and colleges to spend on the front line education of students at a time when the needs of young people have become increasingly complex (for example the sharp rise in students experiencing mental health problems).

In the September 2019 spending round, the government announced that it would raise the rate to £4,188 per student, and in September 2020, it announced that it would continue to keep the rate at this level in real terms. This is a welcome first step, but research from London Economics has shown that the rate needs to increase to at least £4,760 per student, per year to ensure that schools and colleges can continue to deliver a high quality, internationally-competitive education. We are calling on the government to make two commitments in the 2021 comprehensive spending review to ensure the long-term health of sixth form education:

This rate rise should be in addition to, rather than instead of, funding that may be required by schools and colleges to meet significant new costs, such as increased employer contributions to the Teachers’ Pension Scheme.

The ongoing underinvestment in sixth form education is bad for students, bad for our international competitiveness and bad for social mobility. As the associations that represent schools, colleges, teachers, support staff, students and governors in England, we are calling on the government to #raisetherate – before it’s too late.

Campaign news, videos and blogposts can be found here.

We need the support of school and college leaders, governors, students, parents, teachers and support staff to make the campaign a success.  There are lots of ways to get involved, for example:

More information and template letters can be found in the Resources section.

Your browser is out-of-date!

Update your browser to view this website correctly. Update my browser now